“I want to turn the clock back to when people lived in small villages and took care of each other.” Pete Seeger

The Tankhul Naga tribe “escort” dancers to ceremonial grounds for a dance in a village along the Chindwin River in Myanmar. “We (Naga) were buried under the ground and now it’s time for us to breathe,” said one of village chairmen.

In Zhang Ao, a woman pauses from her work day to listen to her songbird. 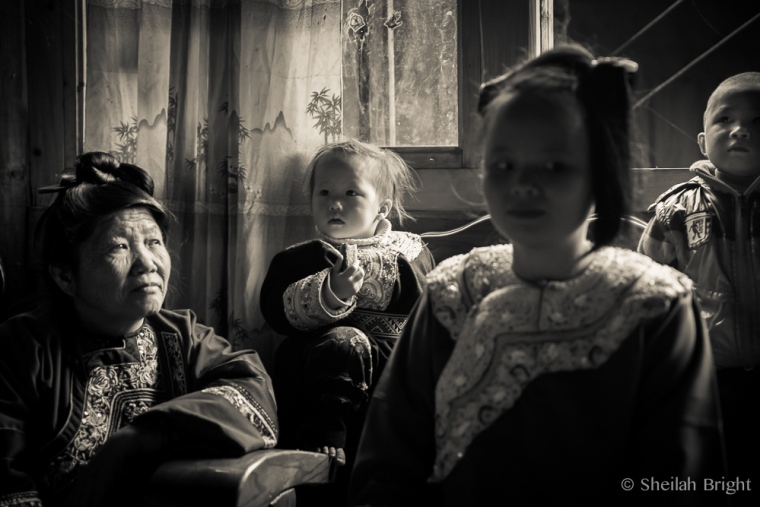 In the Bengli village in southwestern China, a grandmother watches her granddaughter as she prepares to marry. Field workers walk home after harvest in a village along Myanmar’s Chindwin River.

A woman carries straw atop her head as she makes her way back to her Burmese village. 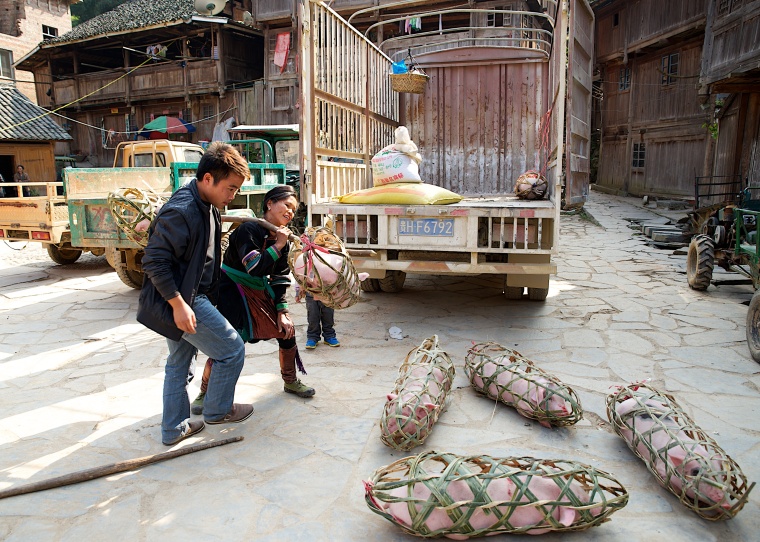 In southwestern China, a family prepares to bring home the bacon. 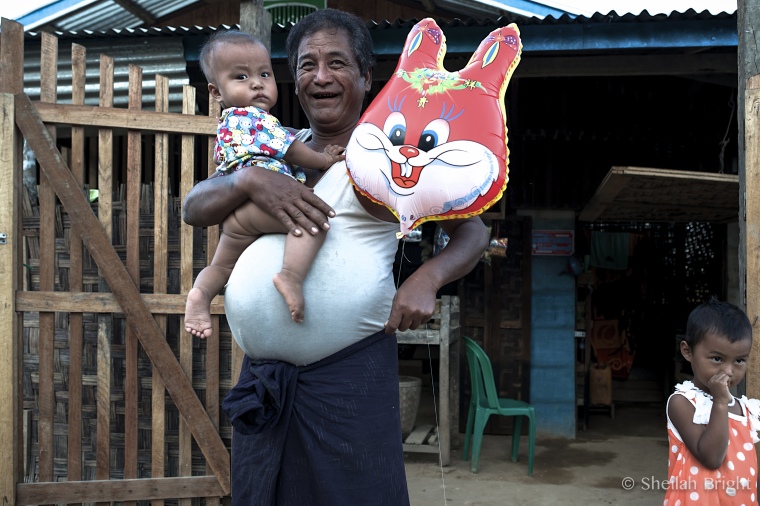 A grandfather shows off his grandchild and a balloon in Myanmar.

In southwestern China, a villager treats his water buffalo to an afternoon refreshment.

Girls show off their English books in a village along the Chindwin River in Myanmar.

In Bhutan, a mother waits for her son to return from school. 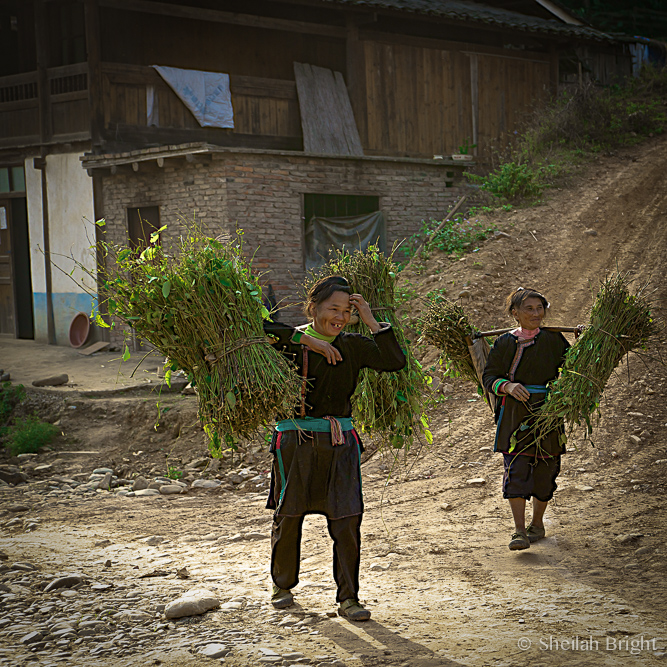 Chinese mothers return from the fields with the day’s harvest. 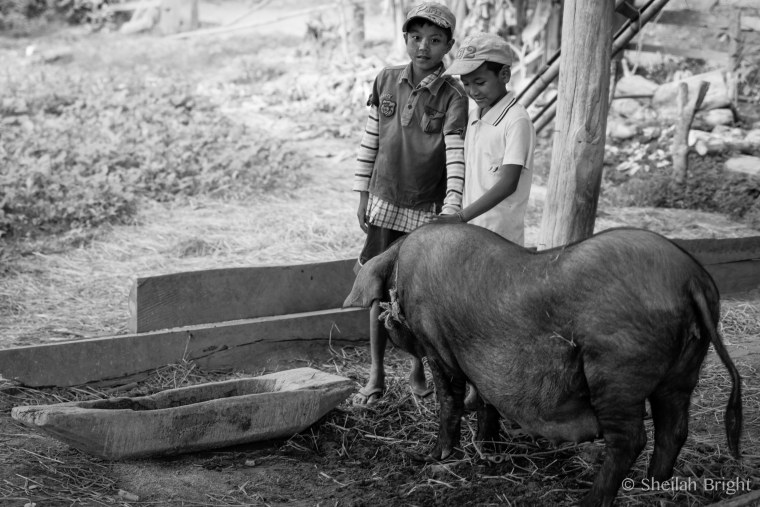 Two boys pose with the family pig in a tiny village in Myanmar.

Everyone loves a parade – except  maybe the cart driver stuck in a monk novitiation procession in Amarapuram Myanmar.

In Mingun, Myanmar, a taxi driver transforms his ride into a nap mobile.

On Mandalay’s infamous Marble Street, a woman sells coal in a cloud of white dust.

In a small village along the Chindwin River in Myanmar, a woman laughs at the idea of being photographed.

In a desert village in Indian, the matriarch watches as visitors arrive.