Gypsies, tramps and me

At the end of a dusty day, we turned from the smooth comfort of good pavement and paused beneath a lone shade tree in the Gadna village of India. The sound of strangers stirred the Banjaras to leave their boiling curry pots and stolen treasures for they could smell the clean scent of fresh prey, and we were it. 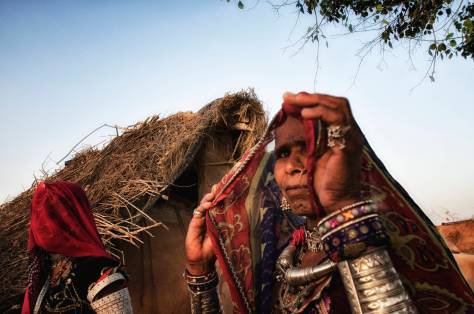 “Keep a tight grip on your cameras, and stay aware,” the guide said as he walked toward the nomads with a confident stride. “Don’t wander off alone.”

The ragged children crept to the edge and waited for the mothers with their rustling streams of bright silk and clanging bracelets.

As news of the Americans drifted around the thatched zupadas and curled up the footpaths toward the temporary stable, the men lifted from their naps and tucked away their country-made liquor. Within minutes, the welcome party swarmed with Bollywood smiles and clumsy intentions, bumping change loose from purses and slipping tiny fingers into pockets. The children giggled and posed, then held out two hands for payment. An ink pen. A packet of gum. Rupees, please, namaste’.

Around the corner, a mother pounded dough on a rock while the little girl ducked and laughed in a peek-a-boo game with a stranger. So innocent. So quaint. So surprising when the child faked a cry and helped her mother demand money for broken eyeglasses, the same ones stolen from us minutes ago.

The Banjaras weren’t eager for the party to end so they scrambled to capture some memory of the visit. A hair clip. A hat. Almost a shoe. When the final vehicle door closed, a boy clung to the side of the machine taking the visitors away.
“You can’t go,” the guide told him. “You have to stay home.” 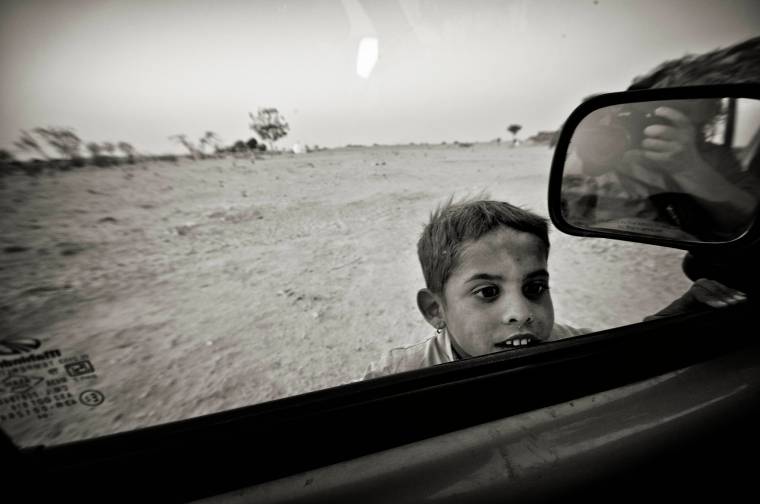 There are few true nomads in this world any more. Even the gypsies of India are settling down.

The government would rather pay them to stay in a roadside village than deal with the issues that come with the gypsy culture. Maybe, tourists will one day stop at the gypsy camp, trade coins for photographs and leave not so empty-handed. Perhaps.

The business plan has a few flaws. It’s a lot of give and only a little take in this game of cultural exchange. If I were a Banjara, I’d hit the road and never look back on Gypsyland. 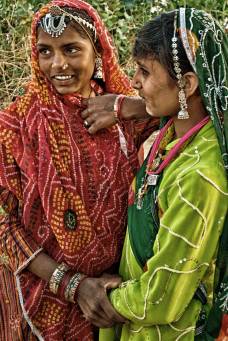 I’ve crossed paths with many gypsies, tramps and a handful of thieves in my travels. The encounters always make me feel a bit more adventurous and bold. People  back home love to hear stories darkened by a little danger.

Tossing the word “gypsy” into party conversation breaks a lot of ice. I’ve traveled with people who can’t imagine giving a gypsy even a moment of their day, but I love it when I brush up against a country’s underbelly.

On a busy sidewalk in St. Petersburg, Russia, I watched a band of young gypsies juggle and skip around a clapping crowd filled with good thoughts of these jingle-jangle free spirits. Thirty minutes later, I nodded as we met them down the street, and they smiled back then linked arms and bumped into our friends, dislodging a camera and whisking it quickly out of sight. The police came, and there was a lot of waving and shouting by our Russian friend, who spent the next three days cussing gypsies, homeless people and folks who were just wearing ugly clothes.

Last year in Paris, a dark-haired teen strolled by me on a bridge, then turned and asked if I had lost a gold ring. She insisted we keep it in case we found the owner, who surely was English because it was “sooooo expensive.” It took her only a few steps to turn back and ask for money because, after all, she was giving us a valuable gift. Oh, and she needed tea and a pastry at the internet cafe. She would call the police, she said. We had her ring. I knew of the dropped ring or coin or necklace  ploy  so when we refused to take the bait, she whirled around and stomped across the bridge to find another victim.

You can dream a hundred dreams of a flutter-fly life where each day dawns on a fresh land and each night nestles against the unknown.

You can flit around the world now and then until it’s time to come back to your cocoon and release the stories of your gypsy ways.

Deep down, you know it’s just a magical masquerade, a gossamer ruse borne on the wings of a passport and a suitcase.

Feel free to tell me what you think. Cancel reply